“When is jesus coming so I can quickly remove my wig, eyelashes and nails“ – Bobrisky quizzes

Controversial Nigerian cross-dresser Bobrisky has indirectly shown how scared he his about the fact that Jesus Christ is coming again. 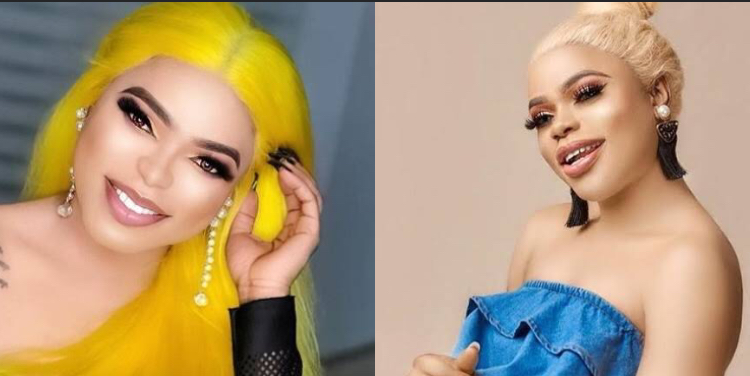 While trying to calm his fans and followers on Instagram, he made a hilarious post which indirectly showed how scared he is about the second coming of Jesus Christ.

He posted asking his fans and followers to tell him when Jesus Christ is coming because he has heard of His coming but doesn’t know when exactly that will be.

Adding that he wants to know exactly when Jesus Christ will come so he can take off his wig, eyelashes and nails before Christ comes. The reactions from his fans and followers were just hilarious.

He posted”I was told Jesus is coming soon….. can someone tell me when so I can quickly remove my wig, eyelashes and nails” 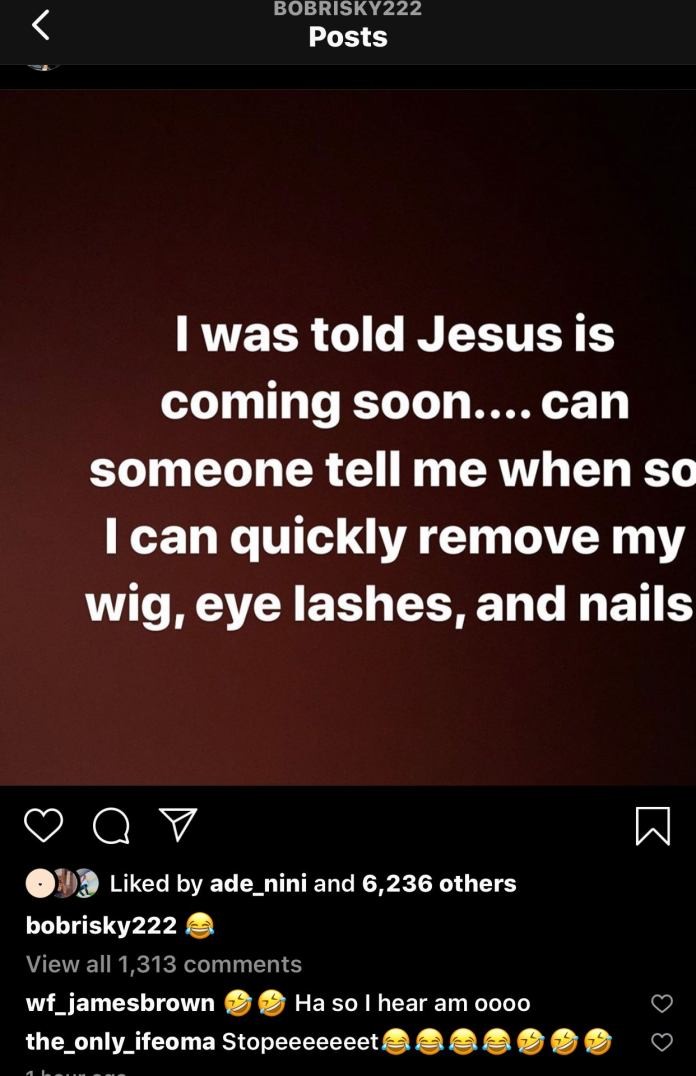 What Bobrisky Did Was Wrong, But Please Forgive - Ehi Ogbebor Begs Benin Indigenes After The Cross-Dresser Asked Oba Of Benin to Marry Him

I Was Upset, We Don’t Joke With Our Great King – Ehi Ogbebor Attacks Bobrisky Over Oba Of Benin Statement

J’real & God’s Standard – Above All Names

Yvonne Esther – You Are Here

Oluwadolarz – Who Spoil Am ? (Comedy Video)

Love The Way You Lie

The Bureau Of Magical Things