iPhone 11 is too big for you – Fan trolls singer Lyta, see his reaction

Budding Nigerian Singer Lyta dropped his picture with his new iPhone 11 saying that his girl wants to see him all the time. almost immediately, a guy called 22.jumpstr on his Instagram told him that the phone is too big for him. The guy said he will swap his iPhone 5 for his 11 as that one would fit perfectly for the petite singer. 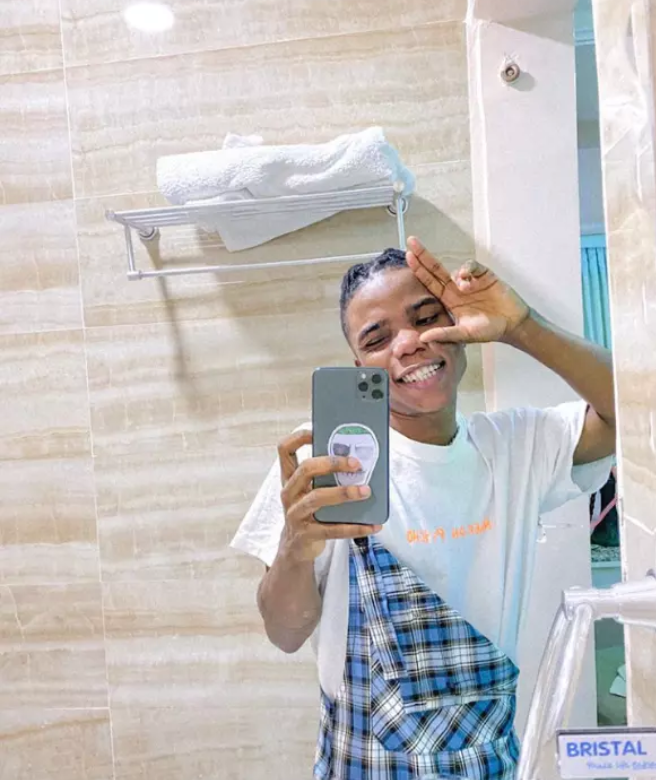 See their conversation below: 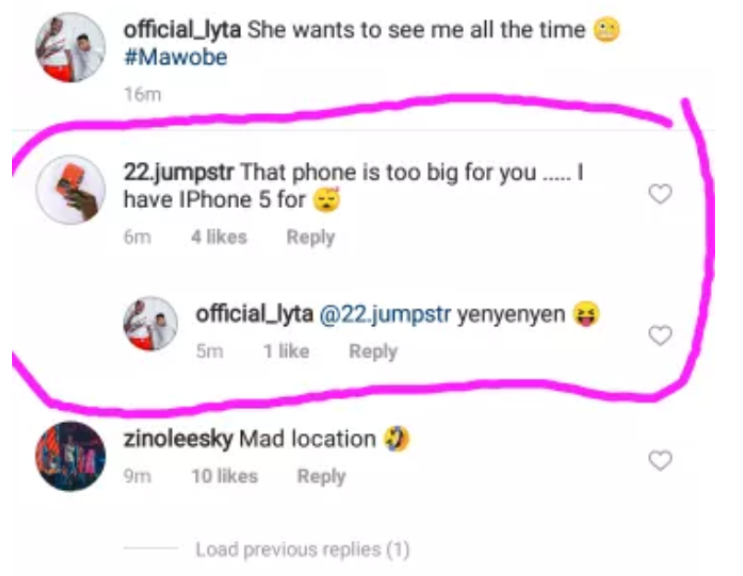 Opeyemi Babatunde Rahim (born 4 July 2001), known professionally as Lyta (pronounced L-Y-T-A), is a Nigerian singer and songwriter. He sign a record deal with YBNL NATION in 2018 but left the label on the may 2019 after having misunderstanding with Olamide.