Some agents linked to Russia who are interfering in the upcoming United States elections are reportedly operating from Nigeria. 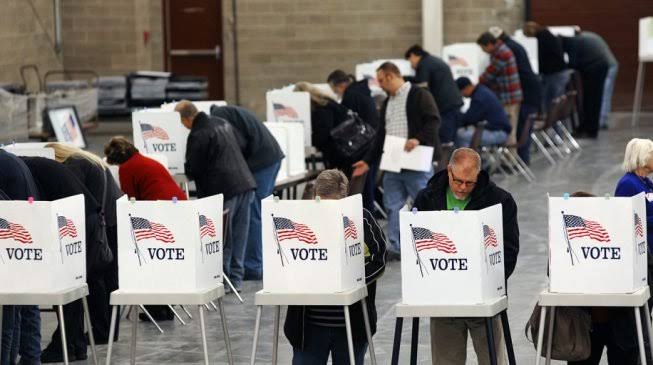 According to CNN, the trolls traced to Nigeria as well as Ghana were outsourced from Russia, using online campaigns to “poison the political atmosphere” ahead of the next round of elections in America.

The broadcaster said its months-long investigation revealed the agents involved are mainly focusing on racial issues in the US, disguising as promoting black empowerment in the country.

It said unlike in 2016 when the meddling was coordinated from Russia, much of the interference this time are done through groups with strong social media presence disguised as campaigners and activists.

“The goal, according to experts who follow Russian disinformation campaigns, is to inflame divisions among Americans and provoke social unrest,” CNN reported.

The report said some of the operations are carried out on Twitter, Facebook and Instagram, and coordinated by a group known as Eliminating Barriers to the Liberation of Africa (EBLA) through its Ghana and Nigeria offices.

It said while the running EBLA calls himself Amara and claims to be South African, “in reality, he is a Ghanaian who lives in Russia and his name is Seth Wiredu”.

CNN said it uncovered the postings for two of the jobs, and “a source in Nigeria confirmed that the employees shared office space in Lagos”.

”The Nigerian accounts posted predominantly on US issues too,” it further said, quoted Darren Linvill, a Clemson University professor, as saying the campaign was “straight out of the Russian playbook, trying to mask its efforts among groups in the US”.

CNN said Facebook and Twitter were already investigating some of the troll accounts when it notified the two companies of its investigation.

Facebook said in a statement it removed 49 accounts, 69 pages and 85 Instagram accounts for engaging in foreign interference— which is coordinated inauthentic behaviour on behalf of a foreign actor.

“This network was in the early stages of building an audience and was operated by local nationals — some wittingly and some unwittingly — in Ghana and Nigeria on behalf of individuals in Russia,” the organisation said.

”The people behind this network engaged in a number of deceptive tactics, including the use of fake accounts — some of which had already been disabled by our automated systems — to manage Pages posing as non-government organizations or personal blogs, and post in Groups.”

In a separate statement, Twitter said it has removed 71 accounts that had 68,000 followers, and were “operating out of Ghana and Nigeria and which we can reliably associate with Russia”.