A man has narrated a story which many Nigerians will be interested in knowing about as it involves being rewarded for something which most people in the country wouldn’t expect a reward for. He disclosed that he was rewarded with N100,000 not long after he visited his bank to renew his ATM card. The man identified as @OG_temp3rd on Twitter, said that after renewing his card, the bank contacted him and disclosed that he has won some money courtesy of a promo draw.

According to him, the incident which happened in 2018 left him totally stunned as he was unaware that such a promo was taking place. He wrote: “Simply went to the bank and renewed my atm card. 1month later I was a winner of 100k Verve card promo draw from firstbank. Sh*t, I didn’t even know I just saw money in my account. Oh and it was in January 2018.” Checkout his tweet: 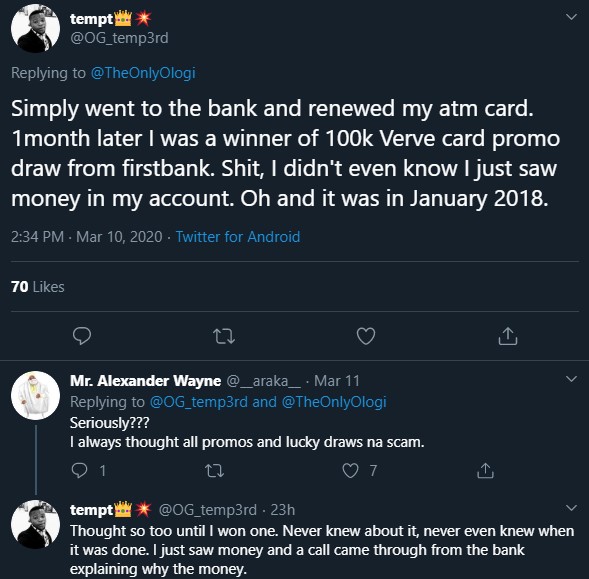