Nigerian singer Davido is allegedly in some serious legal mess after refusing to show up for a performance he was billed to perform at the Hotel launch of Nollywood actress Mercy Johnson’s husband, Prince Okojie.

According to reports obtained from E-Nigeriang, Davido is in a fraud scandal and this time, the person whom he had allegedly defrauded is Prince Odianosen Okojie (Also known as Prince Odi Okojie), husband to movie star, Mercy Johnson.

Recall that Mercy Johnson and husband in December had the grand opening of their luxury hotel, Henod Luxury Hotels in Abulegba, a suburb in Lagos and according to an exclusive information available to www.e-nigeriang.com they had agreed with Davido to make an appearance on that day with the sum of N3 million paid to him for his service. 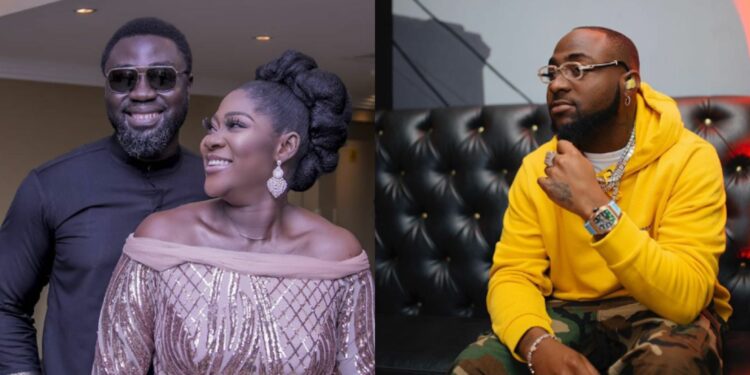 Read the full report below:

Omo baba Olowo” crooner is swimming neck deep in a fraud scandal and this time, the person whom he had allegedly defrauded is Prince Odianosen Okojie (Also known as Prince Odi Okojie), husband to movie star, Mercy Johnson.

After the payment was made, Davido also went ahead to post the advert on his Instagram page hinting on his presence on the said date.
However the whole arrangement which appeared to have been sealed turned out a disappointment when on the deal day Davido refused to show up and all efforts to speak to his management team proved abortive since they stopped taking calls.

What happened? It was later gathered that Davido had traveled abroad for another show, a day before.
Why the disappointment? Davido allegedly claimed that the he was advised against attending an event in such ‘unsafe’ neighbourhood for fear of being mobbed.

Ordinarily no one would chose for a famous musician where or where not to attend a show, but did Davido inform the organizers on time before event? The answer is no. Not only that, he had since been unreachable and yet to make a refund of the money, www.e-nigeriang.com paid to him for a service he did not render.
We are now hearing that Prince Odi has approached his attorney, Festus Keyamo Chambers and a petition has been sent to the Police alleging Davido of fraud. More details soon.