Nigerian Filmmaker denied entry into the National Assembly over “indecent” dressing.. See what she was wearing (photo)

A Nigerian Filmmaker was left in shock today after security officers manning the National Assembly, allegedly refused her entry into the complex.

According to ProfUkay, she was not allowed in because the officers felt she was not descently dressed.

Sharing a photo of herself in the dress she wore today, she wrote

Dear @nassnigeria what is your dress code policy for entering the National Assembly? Today I was denied access to cover the #socialmediabill public hearing for my organisation @AmplifiedR on the the grounds that I am indecently dressed. 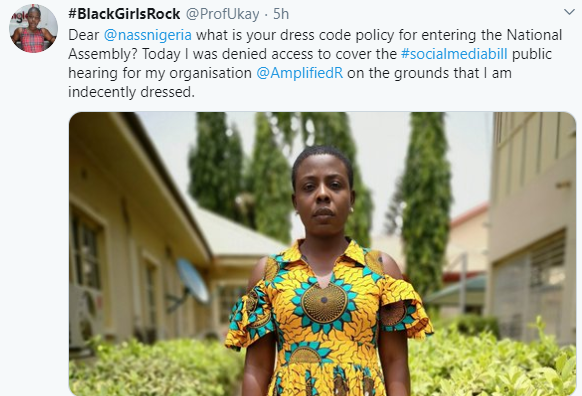 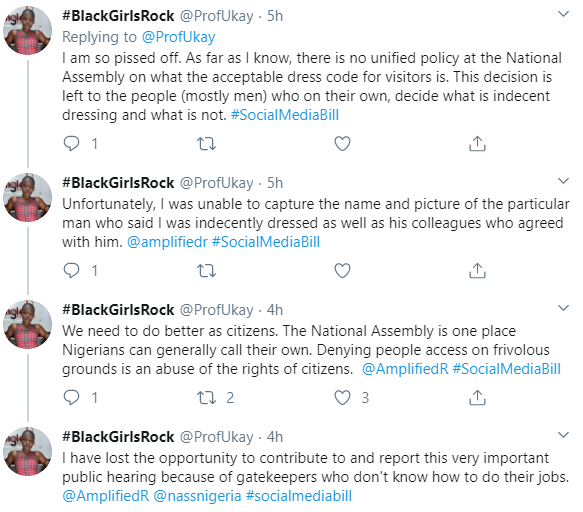 Why Nigerian Hip Hop Is Not Buzzing - Editorial