Could Pope Francis have contacted Coronavirus after meeting patients?

Pope Francis has missed a planned Mass with clergy in Rome due to an unspecified illness. The Vatican said the pontiff, 83, had a ‘slight indisposition’ and would proceed with the rest of his planned work today but ‘preferred to stay near Santa Marta’, the Vatican hotel where he lives. 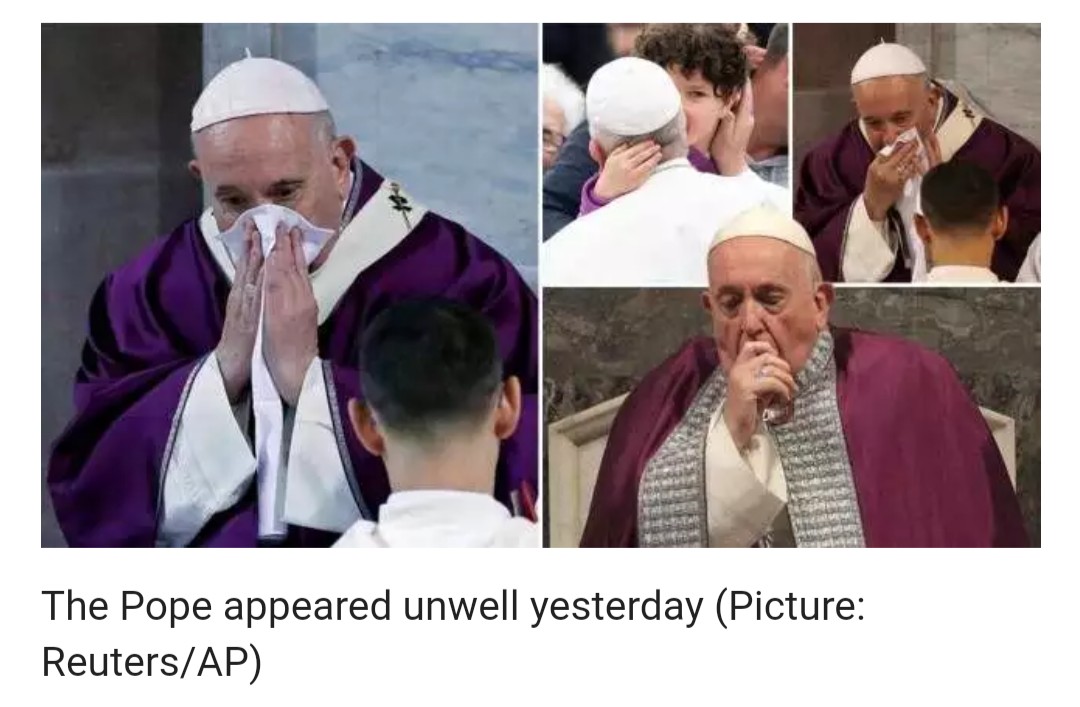 There was no word from the Vatican about the nature of His Holiness' illness, but the he was seen coughing and blowing his nose during the Ash Wednesday Mass. 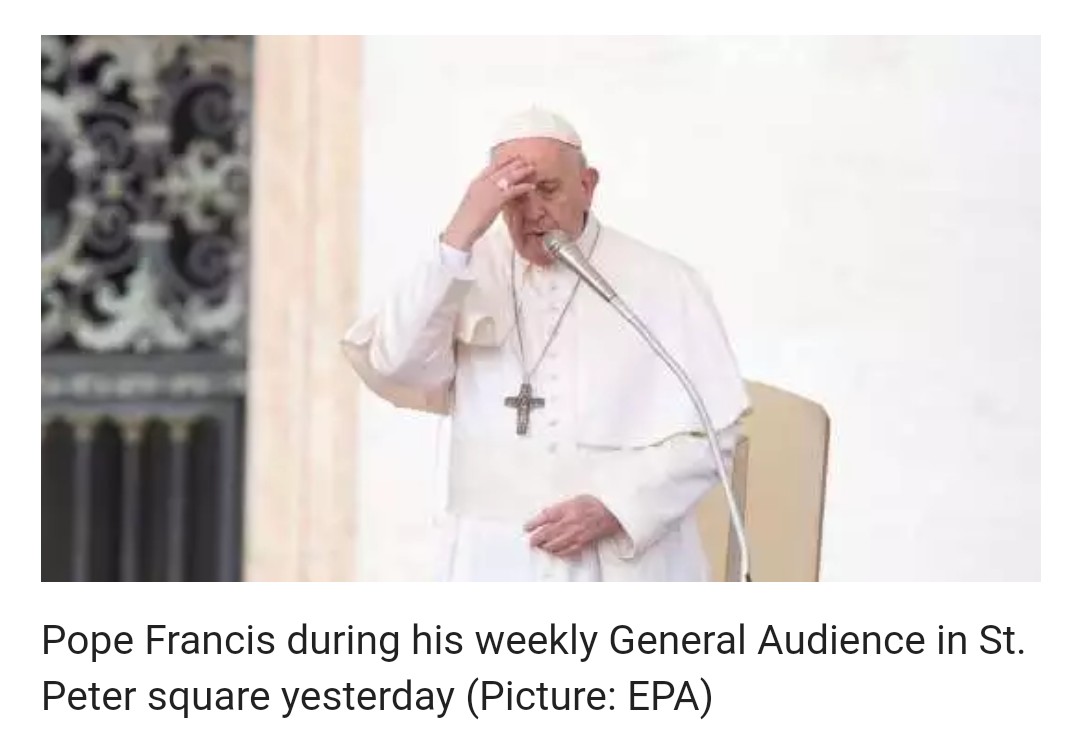 Yesterday, he spoke to well-wishers: ‘I wish again, to express my closeness to those who are ill with coronavirus and to health care workers who are caring for them.’ 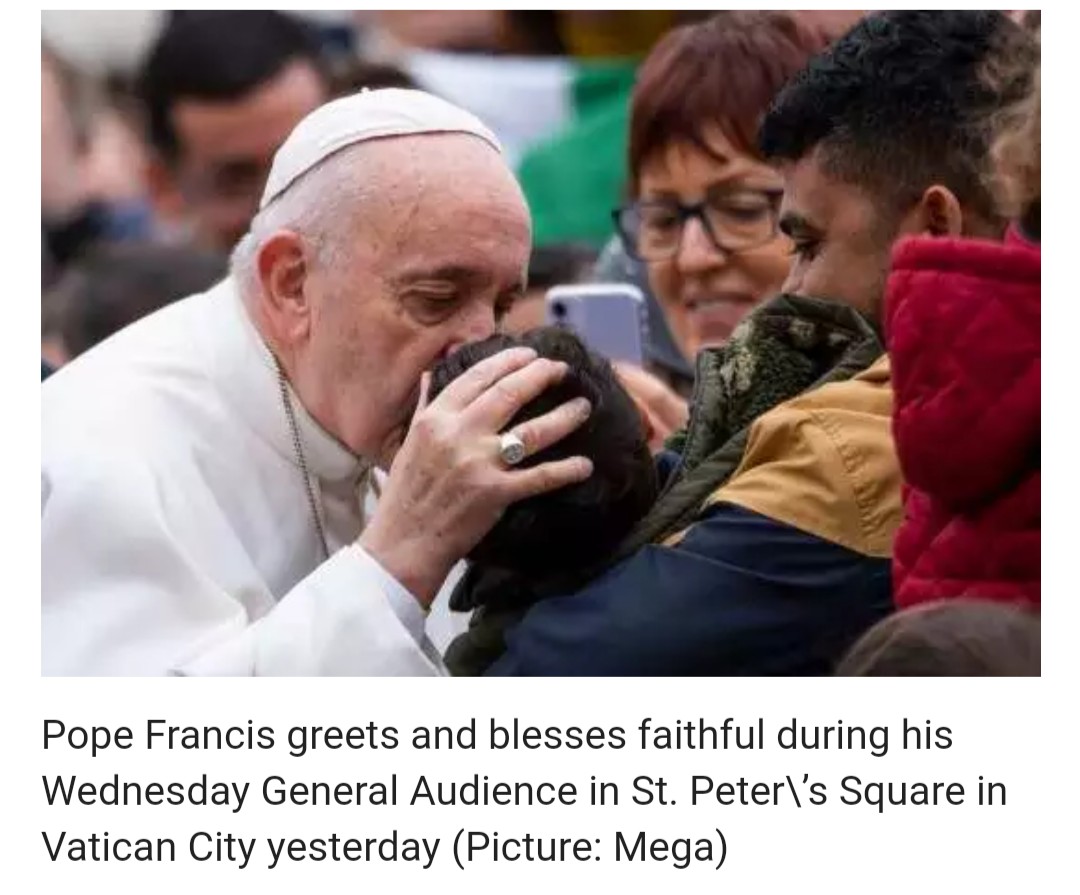 It comes amid an outbreak of the strain of coronavirus also known as (Covid-19), in Italy that has infected more than 400 people, almost all of them in the north.

Rome had three cases, but all three were cured. 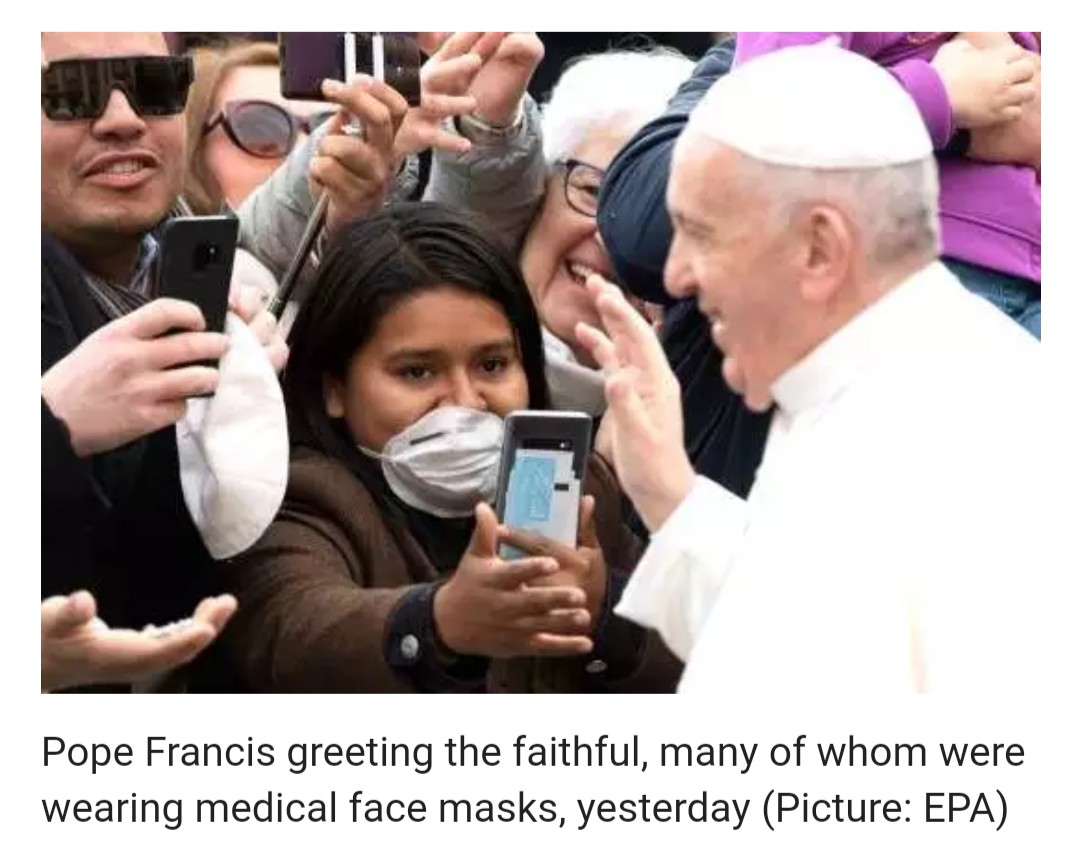 Pope Francis had been scheduled to go to the St John Lateran basilica to meet with Rome clergy and celebrate a penitential Mass at the start of Lent. 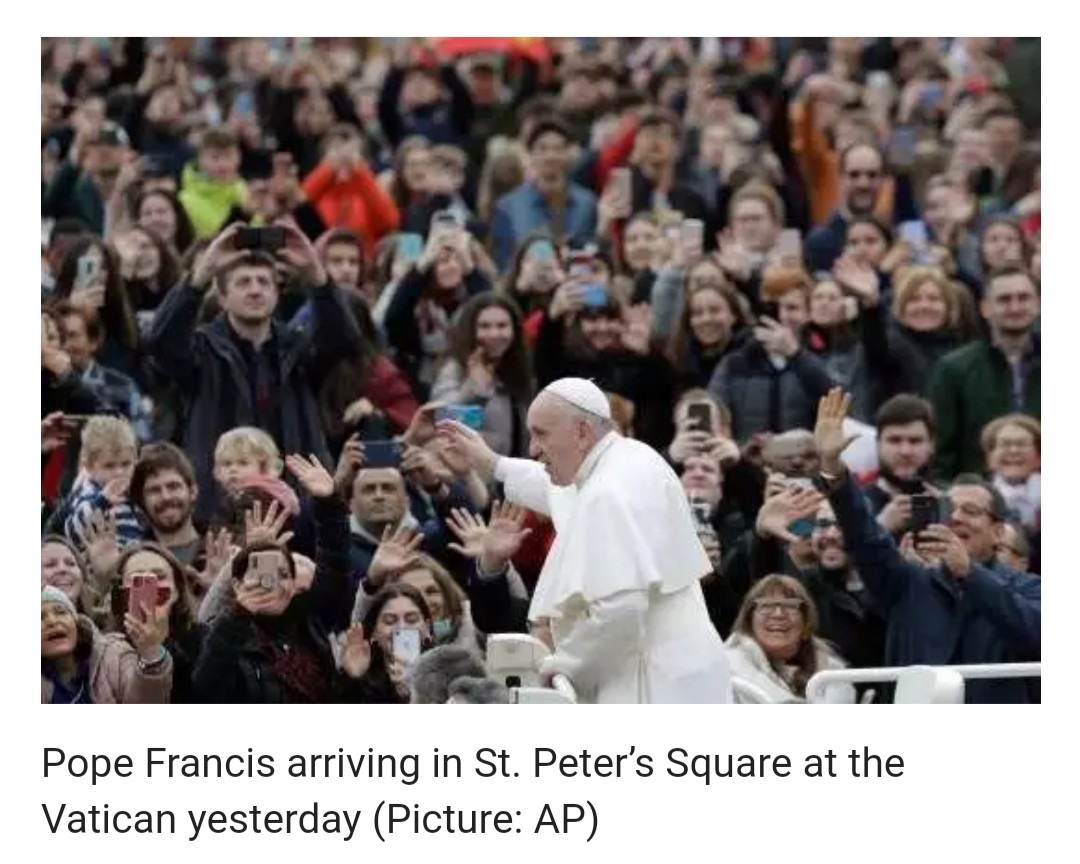 The Argentine pope has generally enjoyed good health. He lost part of one lung as a young man because of a respiratory illness, and suffers from sciatica, which makes walking difficult.

Pope Francis has had a busy schedule lately, including his public general audience on Wednesday and the Ash Wednesday service later in the day in a Roman basilica.

Some Lent Ash Wednesday services were cancelled or limited in areas of northern Italy hit by the spread of coronavirus.

Twelve people have died of the Coronavirus disease in Italy, in the worst contagion from the coronavirus so far recorded in Europe.

A number of people wore nose masks in St. Peter’s Square at yesterday’s audience but only one person was seen wearing one at the pope’s Ash Wednesday service.

Nigerian Idol: How I Felt After My Fellow Contestant, Kingdom Was Announced The Winner - Francis Atela

BBNaija: “Thank You For Bringing Sunshine To My Life” – Gedoni Celebrates Two Years Of Meeting His Wife, Khafi