If you like break my head, I’m still with you” – Journalist that was slapped by Davido reconciles with him (Video)

Davido in response to the fast trending video claimed he never intended to hit the journalist as he was trying to set up properly to have the photo moment:

He wrote: ‘I was trynna hug u bro but u moved away fast so it looked like I was slapping your chest…Love you bro’

In another video, the journalist was seen praising and showering encomium on Davido saying he cannot have a dispute with him. 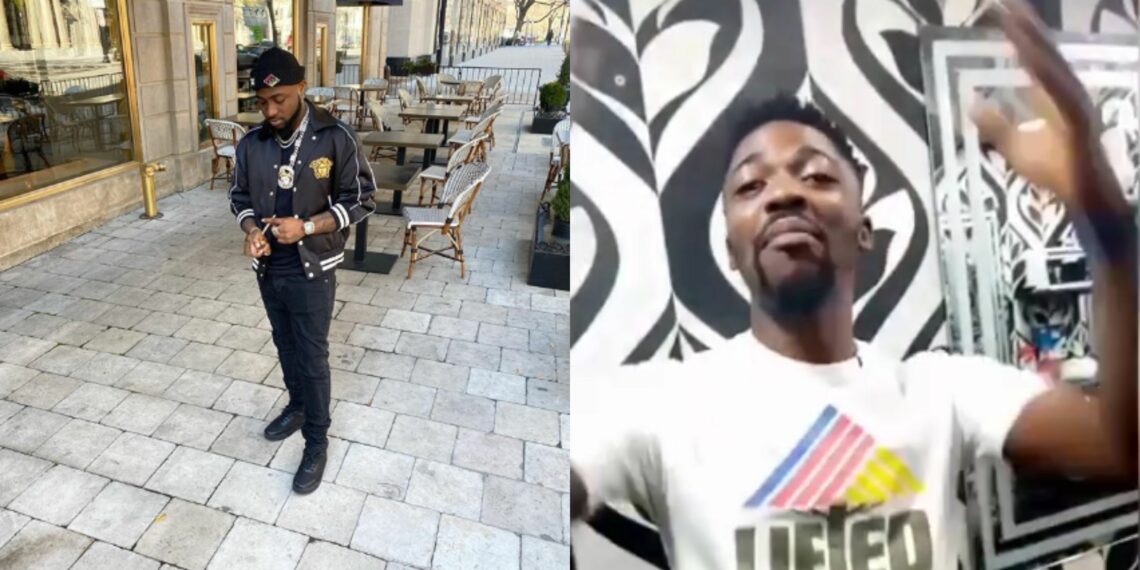 He was heard in the video saying he wouldn’t even mind if Davido breaks his head the next time instead of the violent slap he received.

“If you like break my head, i still dey with you”, the journlist said.

"I Wish I Never Had A Rift With Davido Over Tagbo’s Death” – Actress, Caroline Hutchings

See What Eventually Happen To The Man Who Slapped French President