Respect Money! Davido confirms that Hushpuppi’s money is heavy as he bows to him on Instagram (Photos)

Hushpuppi may make more headlines about living a fake lifestyle but that does not mean he is not getting that big money he paints on social media.

The Instagram socialite has earned so much respect for himself such that even rich celebrities of Nigeria now praise him because he is genuinely wealthy.

On Saturday, February 22, Hushpuppi shared a photo of himself on Instagram and Davido was in the comment section to hail him over his lavish lifestyle.

Who would believe that the two will have a very good relationship after Malaysia-based Nigerian money bag, HushPuppi shaded Davido in 2017 for bragging about spending N11m at the Club Quillox.

But wealth creates friendship between people and a wealthy person will only move with wealthy friends in their category.

Since Ray Hushpuppi who is based in Dubai was a guest at the the wedding of Davido’s elder brother and he made his presence felt by raining dollar notes on the bride and groom as they had their first dance, Davido has now believed Hushpuppi is not a joke and he genuinely has that huge money. 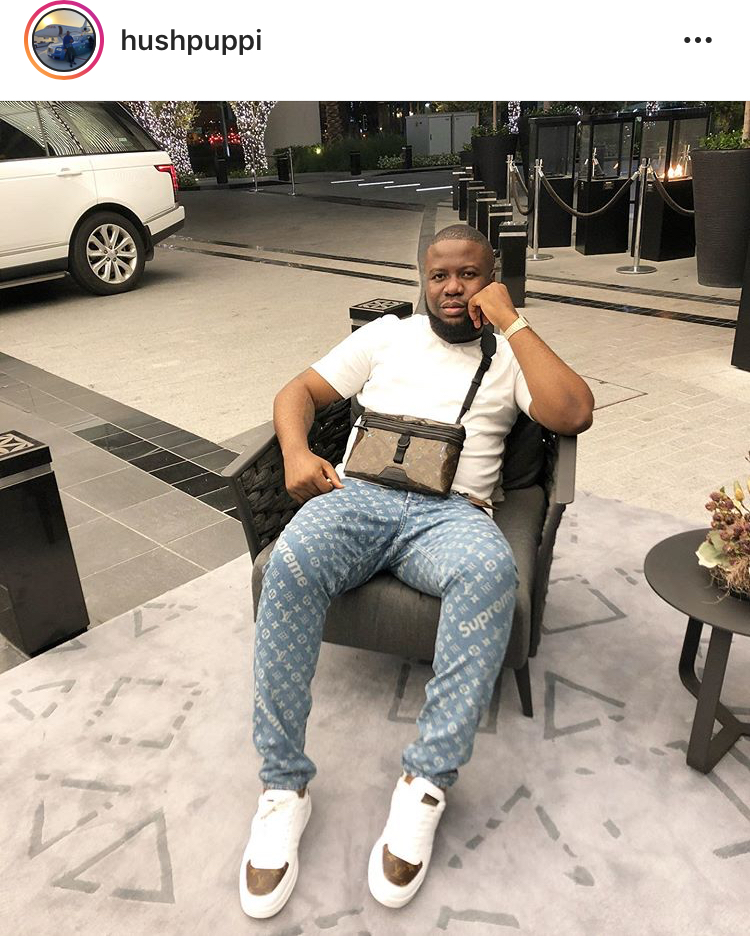 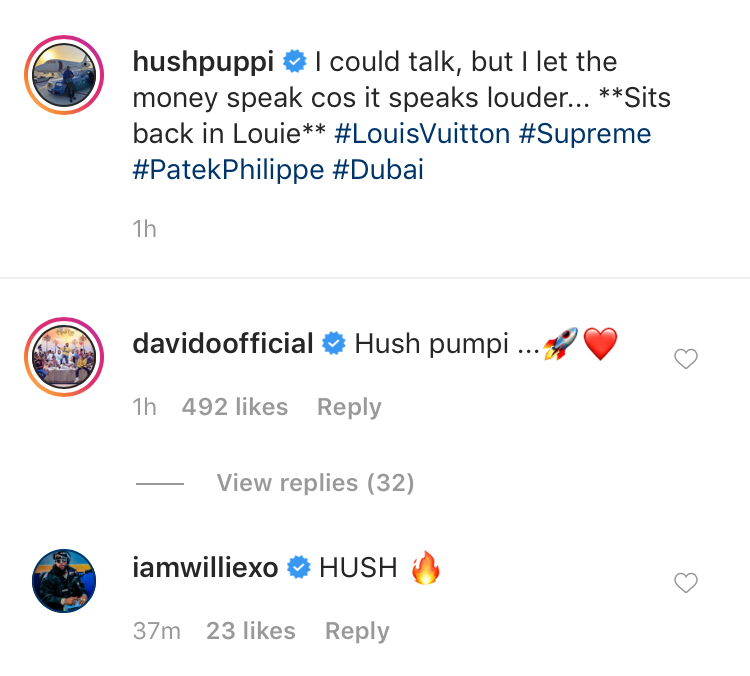 LET’S TALK!! Do You Believe Anyone Could Get Killed Through The Money or Gift They Gave Someone In The Village?

"I Wish I Never Had A Rift With Davido Over Tagbo’s Death” – Actress, Caroline Hutchings