Social media giants Facebook has been confirmed hacked recently. The report has been confirmed by CNET. It was recently hijacked by OurMine a popular known group. OurMine is known to hijack peoples social accounts on facebook. It was said that the known group tweeted on their twitter accounts at 3.50 pm concerning how they hacked Facebook account recently.

Twitter spokes man said that they are aware of the issue and they are taking all necessary steps to ensure that people accounts are secured for now.

Mean while social media reacted concerning face book account been hacked. Majority of them frowned at it and insisted that Facebook should find a better way to secure their account

However, Facebook responded immediately saying that, they are aware of the incidence and they are making serious plans to secure people account from further damage. Below is the statement made by Facebook spokes man giant

Facebook has insisted that all measures has been laid down to improve on their cyber security. See pictures below 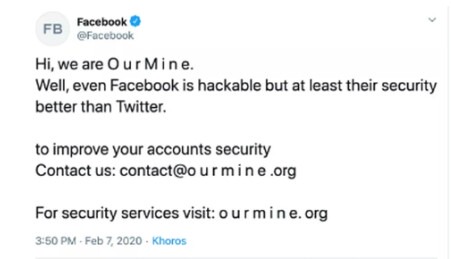 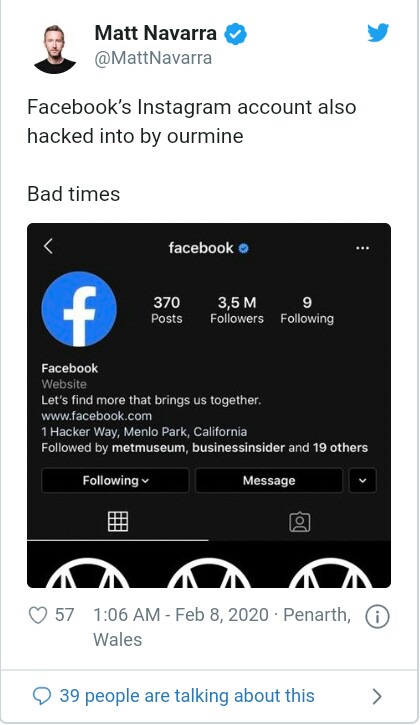 UNILAG Ordered To Close All Its Accounts In Commercial Bank