Timaya Made Me Stop Caring About Being The Best, No One Paved Way For Me – Burna Boy

Afrobeat singer and songwriter, Burna Boy has revealed the great advice that Timaya gave him which changed his orientation about the music industry.

Burna Boy via a post on micro blogging site, Twitter stated that he always knew from onset that he’s the best since Fela Kuti left adding that even celebrities who claim to be the best know this.

The ‘Gbona’ crooner however noted that Timaya advised him to stop caring about being the best.

However, a fan who was not pleased with his post replied him by stating that he only came in when the stage was set by other singers adding that he’s not the best.

With the fans opinion on the issue not pleasing Burna Boy, the Grammy Award nominee replied him by stating that nobody paved way for him as he demands for the respect he deserves.

See their conversation below: 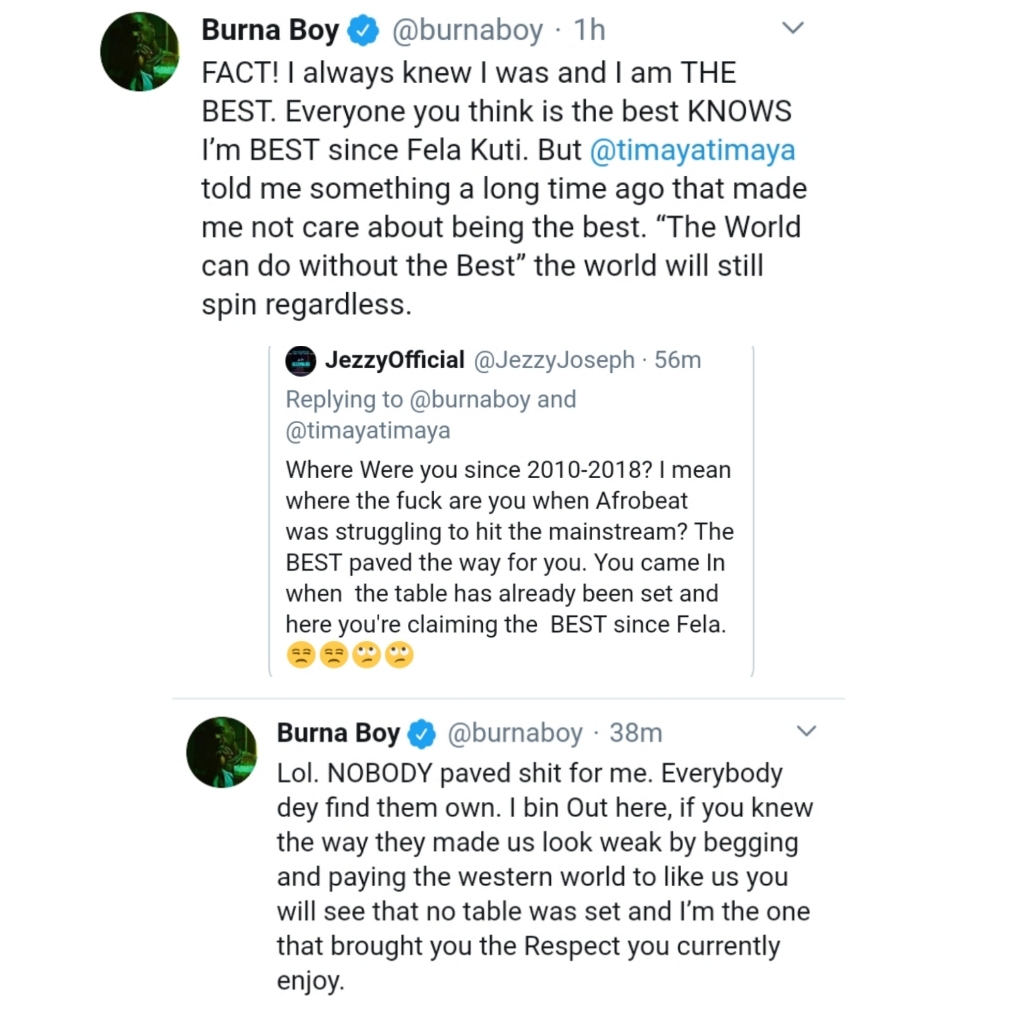 Burna Boy has been in the best form of his life in recent years, winning notable awards as well as being nominated for the ‘Best World Album’ at the 62nd edition of the Grammy awards.

OMG!! 25-yr-old Boy Kills His 50-Yr-Old Rival During A Fight Over Their Mutual Lover

OPINION!! Stop Giving Your Tithe To Your Pastors – Do This Instead (See This)

LET’S TALK!! Is Hitting A Child With Cane The Best Way To Discipline A Child?

Shandrac – This is Gqom (Mixtape Vol.1)