Another rumour has it - that Anna Ebiere is pregnant for Flavour 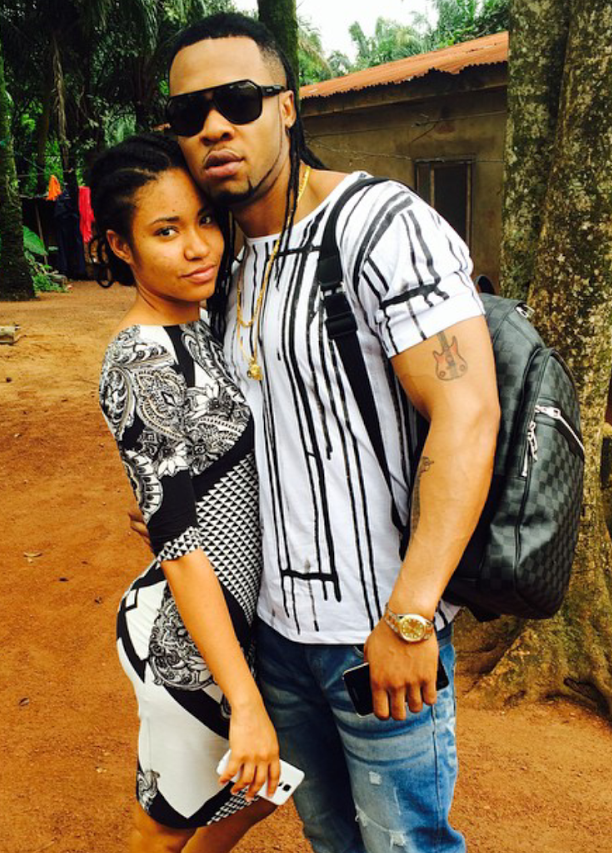 Hmmm, na wa for this rumour mongers o. Some people approached me yesterday and said "Madam blogger, why haven't you reported that Anna Ebiere is pregnant for Flavour". I said, I've been hearing the rumours o, is it true? I thought she denied it?'. They said, is she supposed to not deny it? It's 100% fact. MBGN 2013 Anna is pregnant for Flavour. In fact, she's in her second trimester." I said 'O tio!" Are you people sure? They said yes o! Ask your entertainer friends, most of them know. You bloggers sef, una no dey know wetin dey happen for town. Call people you know"
So I picked my phone and called an entertainer friend of mine who is close to Flavour, and he confirmed it. I said, are you 100% sure? He said 101%. They are hiding it. And I hear her parents are very disappointed. Na wa! So anyway, I went on Anna Banner's instagram page and realized she hasn't uploaded any recent pic. Well, this is still rumour until we see a baby bump. Flavour already has a child with ex-beauty queen, Sandra Okagbue!
[ads4]

‘Na Joke O’! Lady Who Claimed To Be Pregnant For Laycon Asks For Forgiveness

“Getting Pregnant Is Not A Skill Or Talent” – Actress, Ruth Kadiri Advises Women

SAINt JHN – Sucks To Be You