A Facebook user identified as Frankline Tonichukwu Ibe on the social network platform splashed humiliation on the Nigerian police force with a video of a police officer fighting with a civilian.

Frankline in his caption pointed out that the police officer captured during a physical combat with a civilian is a DPO in Uratta, the Owerri North LGA headquarters.

This is the type of police that protected Imo state supreme Court Governor the 388 pulling unit fake result shit.

This can only happen in Nigeria. 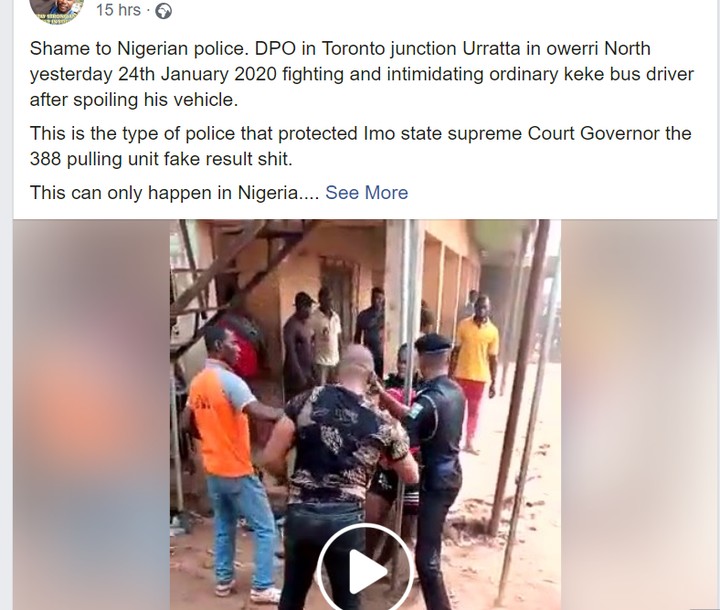 LaughPillsComedy - Sunday in a Neighboring Church (Comedy Video)
8 hours ago

Record Of Youth
18 hours ago

The Boys
19 hours ago