Black Stars of Ghana get Jeep Cherokee from their president (photo) 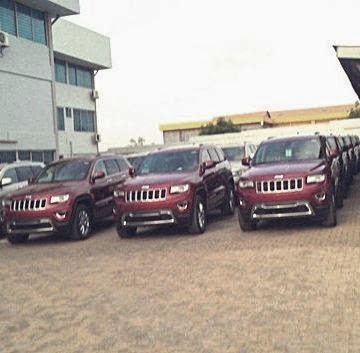 When the Black Stars of Ghana placed second at the just concluded AFCON 2015 competition, their president promised them a Jeep Cherokee each among other gifts. The SUVs (pictured right) worth about $76,000 are now ready for pick up.


The footballer's families have been asked to come pick the SUVs on behalf of the footballers who have since returned to their various bases in Europe.

The footballers also got $25,000 each. Some Ghanaians think the money and car gift is little, that the football stars deserve more for giving a good performance at the tournament despite not winning.
[ads4]
Betting Tips on Whatsapp News Updates
Subscribe to Youtube
Related forums