How Ibidun Ighodalo's dog handler killed her dog, plotted to kill her husband and kidnap her (photos) 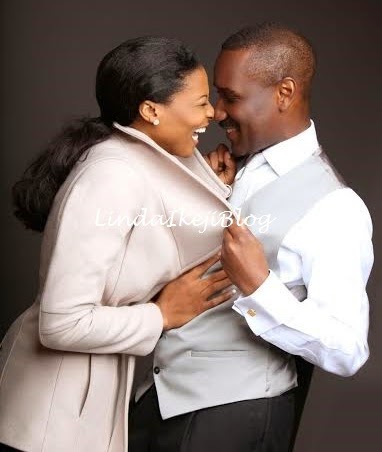 For those who haven't read this story that went viral yesterday, here's what happened. Right is a photo of one of ex-beauty queen Ibidun Ighodalo's dogs, named Simba. The dog was killed by poison by the same man Ibidun hired to take care of her six dogs. Simba was the closest dog to Ibidun's heart.

The dog handler, whose lower body you see in the photo, was employed by Ibidun to take care of her dogs and he lived with Ibidun and her husband at their Ikoyi home. He lived in the boys-quarters with other domestic staff. But for some reason, 24 year old Abdulkareem Mohammed became obsessed with Ibidun, started having sexual fantasies about her and then began to plot on how to make her love him. One of the things he decided to do to completely possess Ibidun was to get rid of her husband, popular pastor, Ituah Ighodalo of Trinity House Church. Continue...
Photo of Simba after he was poisoned...
[ads4] 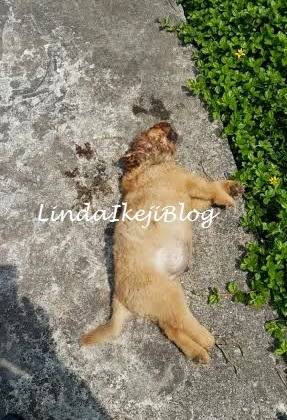 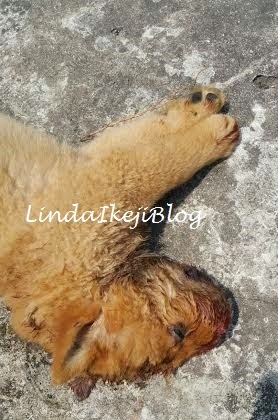 Abdul then approached a herbalist, who gave him poison to use on one of Ibidun's dogs. The aim was to prove how potent the poison was and also once the dog dies, for all the love and affection Ibidun had for the dog to be transferred to him. After the killing the dog, the plan was to kill Pastor Ituah and kidnap Ibidun and ask for a ransom. For this, he enlisted the help of 29 year old Paul Eke, a security guard 6 buildings away from Ibidun's home.

The dog handler had also been adding love potion from the herbalist into Ibidun's food for four weeks and became a upset when it didn't work. He went back to the herbalist who then told him they had to change their tactics because Ibidun is not an ordinary woman with God on her side. That was when they decided to poison Ibidun's favorite dog and her husband.

But as God will have it, their plans failed. Ibidun got wind of what they were planning and confronted them. When confronted, they all confessed to have poisoned the dog, they also confessed to planning to murder Pastor Ituah. Abdul confessed that he got a black soap and powder from the herbalist who asked him to bath with it and throw it into the river. The herbalist had told him that once he baths with the soap, he would be able to ask Ibidun for N10million and anything else and she would give him without questions asked.

Adbul, Paul and 36-year-old herbalist Akeem Makinde-Ewuosi were all arrested this past Tuesday February 10th and were arraigned on Thursday February 12th before a Lagos Magistrate court in Tinubu on a two-count charge of conspiracy and attempted murder
The three defendants pleaded ‘not guilty’ to the charges and were granted bail to the tune of N500k each, with two sureties in like sum. The case was adjourned to March 18, 2015.
Betting Tips on Whatsapp News Updates
Subscribe to Youtube
Related forums

You Killed Innocent People, We Do Not Have Camps In Anambra – IPOB To Nigerian Army

My Husband Cheated On Me - Kaffy Finally Reveals Reason for Divorce