Why I Didn't Remarried 5 Years After Losing My Wife -IBB

After 40 years of marriage, former Head of State, Ibrahim Babangida lost his wife and mother of his four children, Maryam Babaginda, to ovarian cancer on 27th December 2009 in an LA hospital.

She was just 61. It’s been five years and IBB, now 73, hasn’t made an attempt to re-marry. He spoke to Vanguard about why he hasn’t tried to re-marry.

On what life has been like without her:
She was a real companion who got to understand and accept me for what I am and tried to make the best of me and that is what I am missing. She was the one who would look at me and say ‘you’re wrong’ and I had to accept and bury my pride and I will say ‘sorry, you’re right’. That is the sort of counseling I am missing now.
[ads4] 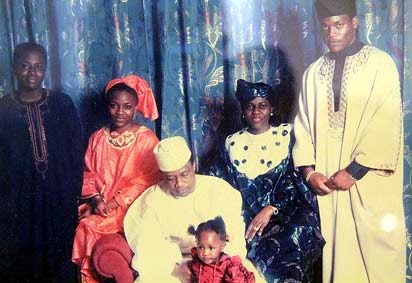 On why he hasn’t remarried
I will tell you an interesting story. There was a woman I was joking with and I said, ‘Okay, why don’t you marry me?’ and she said, ‘No I won’t’. And I asked her why? She said, ‘I am not sure I can spoil you the way your wife used to spoil you; so don’t put any idea into my head’.
Betting Tips on Whatsapp News Updates
Subscribe to Youtube
Comment Box is loading comments...
Related forums

Aisha Yesufu Replies Troll Who Bashed Her Two Years Ago