PSG and Sweden foward has shut down all rumours with his latest tweet saying Tomorrow's game at the Parc De Prince will be his last for the Paris club.

He has been linked to Arsenal, Man U, Chelsea and even the U.S Major league soccer.

He won the French League's player of the season award. 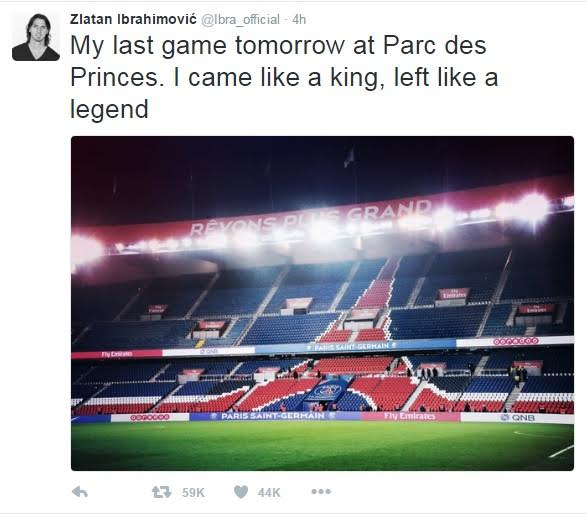