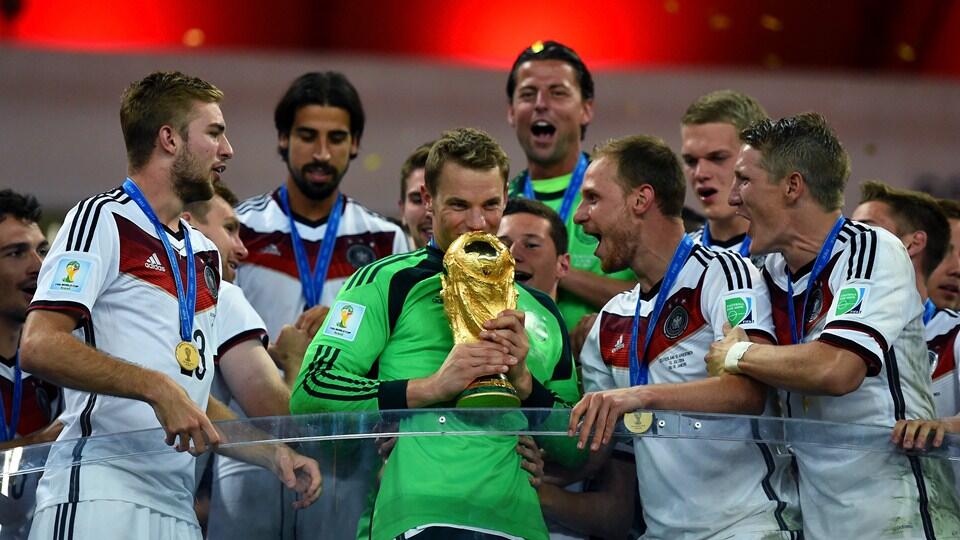 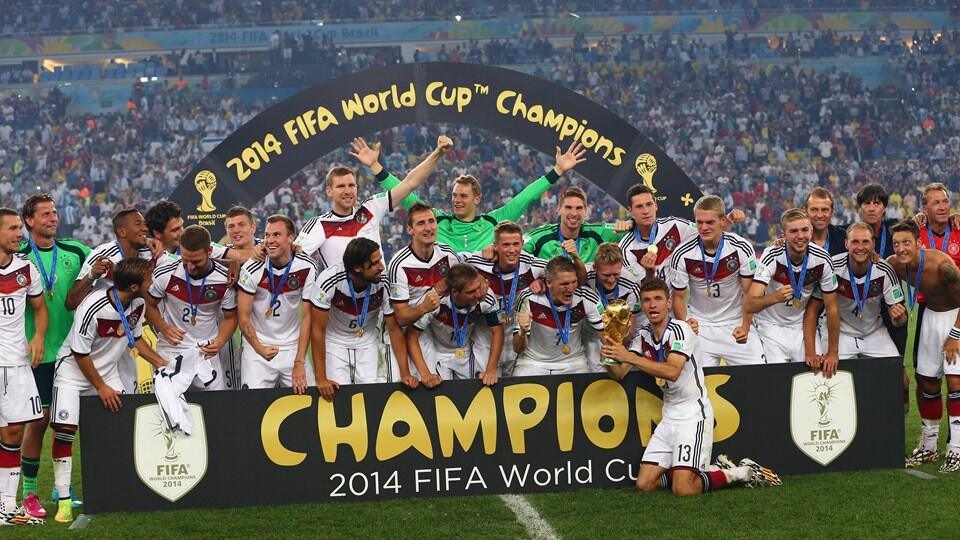 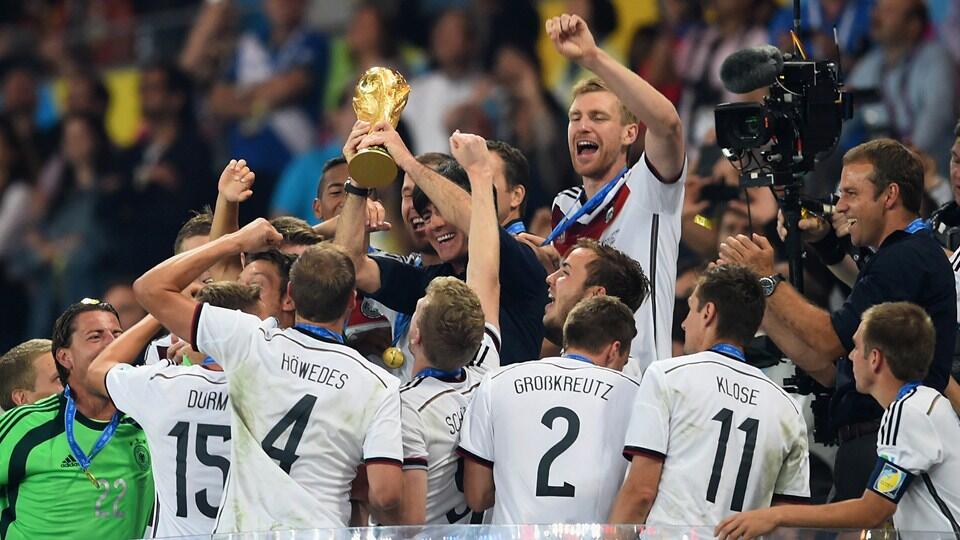 Mario Gotze's 113th-minute volley fired Germany to World Cup glory with a 1-0 win over Argentina at the Maracana.
The tournament's outstanding team failed to repeat the fluency and brilliance of their 7-1 semi-final romp against Brazil, but Joachim Low's team found one more sumptuous moment during the second half of extra time.

It was the first time Argentina had found themselves behind in the competition and it came as a bitter pill to swallow after Alejandro Sabella's men had created the better chances in normal time.

Gonzalo Higuain passed up a glorious opportunity midway though the first half and the Argentina striker also had a first-half effort correctly ruled out for offside.

Germany defender Benedikt Howedes then headed against the post on the stroke of the interval and, after the break, passions threatened to boil over in what was an understandably feisty encounter.

Lionel Messi fired agonisingly wide shortly after the restart, while Germany goalkeeper Manuel Neuer was lucky not to be punished for clattering a knee into Higuain's face as the striker ran through on goal.

The newly crowned champions were forced into an 11th-hour change after influential midfielder Sami Khedira suffered the heartbreak of sustaining a calf strain during the warm-up.

Christoph Kramer came in for the Real Madrid man, despite having only played 12 minutes during the tournament and being absent from Low's provisional 30-man squad before replacing Andre Hahn.

Toni Kroos drilled an early free-kick into the defensive wall, prompting an Argentina break on which Ezequiel Lavezzi shot across the face of goal.

Veteran Germany striker Klose was then muscled away from Philipp Lahm's inviting 13th-minute cross by Martin Demichelis as Low's men settled into an ominous rhythm, although Ezequiel Garay's shuddering shoulder charge into Kramer's face that ultimately cut short the 23-year-old's fairytale appearance showed Argentina were not ready to be dictated to.

The South Americans should have taken the lead in the 21st minute, Higuain pulling his shot wastefully wide after Kroos' ill-judged header back sold Germany's defence horribly short.

Nine minutes later, the Napoli star thought he had atoned, sweeping home Lavezzi's low cross, only to see his wild and lengthy celebrations denied by an offside flag.

Schurrle, on for the stricken Kramer, drew a sharp save from Romero, while Messi forced Jerome Boateng to hack his cross-shot out of the goalmouth after racing down the right.

Howedes - somewhat fortunate to have only been booked for a reckless lunge on Pablo Zabaleta earlier in the half - then thudded Kroos' stoppage-time corner against the post to conclude an eventful opening period.

Messi's big moment looked to have arrived two minutes into the second half but the Barcelona superstar shot past the far post on the end of Lucas Biglia's measured throughball, with Neuer beaten.

An Argentina attack bolstered by Sergio Aguero's half-time introduction for Lavezzi continued to give Germany's high defensive line some nervy moments, and Neuer - in full-on 'sweeper keeper' mode - was on the wrong side of robust in clattering through Higuain in the 57th minute as he sought to get on the end of Zabaleta's raking ball.

Bookings in quick succession for Javier Mascherano and Aguero hinted at bubbling frustration as the game entered its final quarter and Germany ended the 90 minutes back on the front foot, as Kroos drilled the ball past the post from 18 yards.

Schurrle almost provided an explosive start to extra time as Romero stood firm and the Argentina counter-attack was looking increasingly potent when Aguero dragged a shot off target.

In the 97th-minute, Palacio evaded the attentions of Germany's defence but his touch over Neuer was far too heavy.

And it was an error that Argentina would deeply regret, as Gotze found a brilliant finish with seven minutes left that was a fitting way to win the showpiece as a European nation secured a first World Cup win on South American soil.

FIFA Told To Retire No.10 Shirt In Honour Of Late Argentina Legend Maradona