King Sunny Ade To Perform Alongside Kendrick Lamar and Beyonce

Nigerian veteran music act, King Sunny Ade has been picked among the top music acts who will be performing live at the Coachella Valley Music and Arts Festival which will be holding from April the 14th to 23rd of the same month at the Empire Polo Club in Indio, California.

The King will be performing at the third leg of the festival which will be headlined by popular american rapper, Kendrick Lamar.

Beyonce, Radiohead, Travis Scott, and many other top music acts will also be performing live at the popular annual music festival. 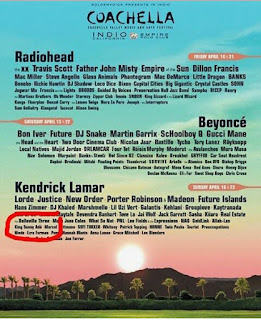 My Madam And I
14 hours ago

The Unbreakable Virgin
15 hours ago

The Third Day
21 hours ago