This story is very touching and just shows how heartless some men can be. He ruined the family he had built together with his wife for 30years just because of another woman. And instead of walking away from a marriage he was obviously fed up of, he couldn’t because of what his church members and community people would say and instead, deceived his wife into getting a facelift and made sure he murdered her using over dosage drugs. The story was culled from Mirror.co.uk.

Martin and Michele MacNeill were a successful couple with eight beautiful children. They lived in an exclusive gated community – he was a doctor and she was a striking former beauty queen.

But behind closed doors, there were enough secrets and lies to make a blockbuster thriller. It ended in a calculated murder that left the killer free for five long years, Love Sunday reports.

Michele had been married to her husband Martin for almost 30 years. She had been a straight A-student, a cheerleader and a beauty queen when she met Martin through their mutual Mormon faith. The pair eloped when they were both just 19 and started a life together in a gated Mormon community at Pleasant Grove, Utah, not far from Salt Lake City.

Together, they had eight children. Four were biological – Rachel, Vanessa, Alexis and Damien. While Giselle, Ella and Sabrina were adopted from the Ukraine. Their eighth child, Ada, was later revealed to be their grand-daughter. She was Vanessa’s daughter.

The couple were highly respected. Although Martin worked as a doctor he was also a trained lawyer. At one point he was a bishop in his local congregation of The Church of Jesus Christ of Latter-day Saints. 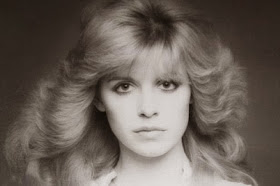 Michele was described by her daughter as ‘the kindest, most caring person

The MacNeills looked like the perfect family but Martin had plenty of secrets. One of which was Gypsy Willis, a woman he’d been having an affair with.

Martin was captivated by Gypsy. He wanted to be with her but he couldn’t just walk away from his family – what would people think? So he’d play mind games with his wife, constantly threatening to commit suicide when things didn’t go his way. While Michele desperately tried to hold their marriage together, Martin was plotting the unthinkable.

In March 2007, Martin suggested to Michele that she should have a facelift. At first she was reluctant because she had blood pressure problems, and she wanted to lose some weight. But Martin pushed her until she changed her mind.

Michele thought it would save their marriage, but in the last consultation before the surgery, Martin went along and gave the surgeon a list of painkillers he wanted Michele to take. It included strong medication that wasn’t usually prescribed. 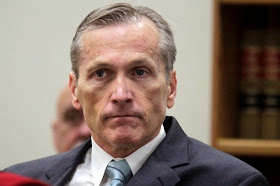 The murderer: Martin MacNeill got away with killing his wife for over five years before he was convicted

On April 3, 2007, Michele had the surgery and returned home the next day. Their daughter Alexis, who was home at the time, later testified that she found her mum unresponsive at one point because of the high levels of medication. Her dad admitted he’d perhaps given her too much – so Alexis took charge of the medicine.

After a few days, Alexis went back to study away from home, believing her mum was on the road to recovery. But the next day, April 11, Martin called police to say he’d come back from work and had found Michele face down in the bath.

Paramedics rushed to the scene but it was too late. Michele, 50, was dead. Martin acted the grieving husband, wailing and crying, but everyone sensed it was a fake reaction. An autopsy then determined Michele’s cause of death to be cardiovascular disease and her death was recorded as accidental from natural causes.

Martin’s older children and Michele’s family were convinced it was foul play. Two weeks after her death, Martin brought Gypsy into the house and said he’d hired her as a nanny. It confirmed their worst fears when it turned out they shared a bedroom. 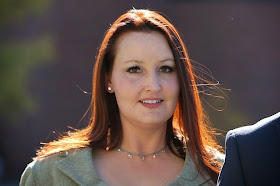 The mistress: Martin was captivated by Gypsy Willis, who eventually testified against him and admitted their affair

Only son Damien, 24, defended his father at first, but in January 2010 he committed suicide.

The family pushed police for three years until 2010, when the cause of death was changed to ‘undetermined.’ It took another two years for police to arrest Martin.

In October 2013, Martin pleaded not guilty to murder and insisted his wife had died accidentally. The trial was partly televised and became a must-see s£nsat!on across the US.

The prosecution said that Martin had given his wife a high level of prescription drugs and had left her to drown in the bath – perhaps even holding her down under the water. He’d told the 911 operator he’d performed CPR but he hadn’t.

Martin had wanted to start a new life with his mistress but couldn’t just simply walk away because of his standing in the community. Prosecution said it was ‘almost the perfect murder’.

Inmates testified that Martin had told them that he’d killed his wife, and another former lover said he’d told her he could make a murder look like heart failure. Lover Gypsy also testified against him and admitted having an affair before and after the death of Michele.

The defence team insisted Michele had overdosed on her medication and had fallen into the bath and died. But in November 2013, the jury found Martin guilty of first degree murder. 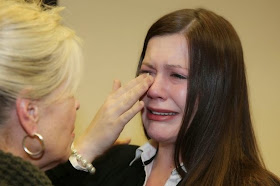 Relief: Michele and Martin’s daughter Alexis, who was sexually assaulted by her father

Just when the world thought that Martin had committed the ultimate crime – it was revealed that he faced further charges.

Just five weeks after the death of his wife, he’d slipped into the bed of his daughter, Alexis, 30, and sexually abused her. When she woke up, he said he’d mistaken her for her mother. In July 2014, Alexis, who waived her right to anonymity, testified against her dad, who claimed that he was ‘asleep’ during the assault. He was found guilty.

In September this year, Martin MacNeill, 58, was sentenced while family and friends of the victim held up smiling photos of her. Daughter Rachel begged for a severe sentence. "He took the kindest, most caring person I’ve ever known, and he calculatingly took her from us all," she said. 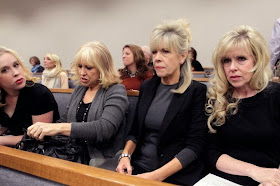 Family: Michele’s niece and sisters listened to the verdict

Michele’s sister Linda was emotional. "I shatter thinking of my sister looking at her own husband as he was doing this to her," she said. She turned towards Martin. "I can finally look into the eyes of my sister’s murderer and say, ‘Martin, you haven’t gotten away with this.’"

Martin sat his in orange prison jumpsuit and showed no remorse. At times he looked smug and even laughed. He was given 15 years for the sexual abuse of his daughter and sentenced to life for the first degree murder of his wife. He won’t be eligible for parole for 17 years.

Finally a truly evil man was locked behind bars. It was a calculating crime that revealed just the kind of husband and father he really was.