Are you Nigerians for or against the recent Boko Haram ceasefire?

Let's discuss folks. I've been reading a lot of comments and articles on this matter and it looks like opinions are divided. The Nigerian military yesterday announced a ceasefire with Boko Haram after years of terrorism from the group, which has resulted in the deaths of thousands of innocent Nigerians. The ceasefire agreement includes the release of over 200 Chibok girls - which to me is a very welcome development. There are reports that some of these girls will be released to the man who brokered the peace deal, Chadian president, Idriss Deby, sometime next week, to show they (Boko Haram) are serious about the ceasefire agreement with the Nigerian government.

But there are those who still think that the government shouldn't have negotiated with these terrorists. After the cut, you will find an article from Dr Perry Brimah of Ends.ng, about why Nigerians should reject these ceasefire deal. As for me, I support peace anytime. Too many innocent people have died unnecessary. But read and tell us if you agree with him...

[ads4]
Nigerians Reject Ceasefire With Boko Haram Terrorists; Use The $1bn For War, not #Election2015: #VictoryForNigeria

The people of Nigeria vehemently reject the announced ceasefire with Boko Haram terrorists at this last hour as the 2015 presidential election approaches. It defies reason how and why the Nigerian government will debase the collective intelligence and humanity and extinguish the hope of Nigerians by unilaterally agreeing to a so-called ceasefire with rag-tag terrorists who currently occupy several major cities in the north. Bama, Gwoza, Marte, Ngala, Konduga and Dikwa are still under full control of the Boko Haram terrorists.

The discussions on freeing the 4 month old abducted girls no longer has any bearing on the process of this war. When entire communities are under Boko Haram governorship, of what significance is the 234 girls? The 234 girls only comes up for global audiences who have not noticed that since the abduction, several Nigerian communities have rather fallen under Boko Haram. The Nigerian leadership must be reminded that the parents of the Chibok girls have already conducted the burial rights of their children and sacrificed them for the greater good of the country as God wishes. Who is fooling who? 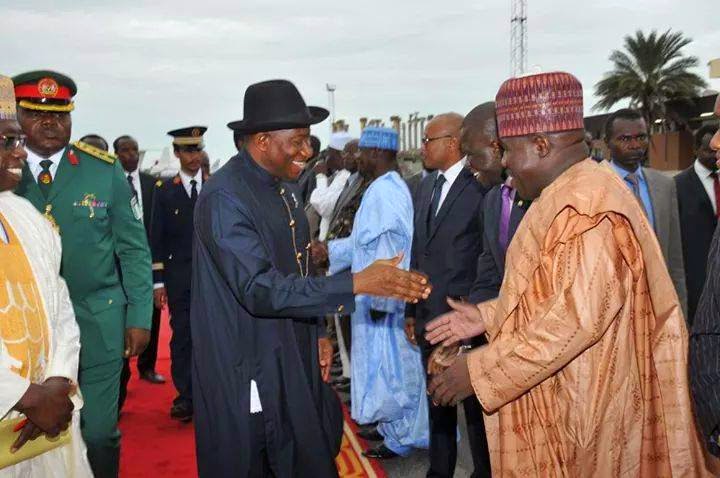 The desire to have a ceasefire with these hopeless, murderous terrorists who are on the run is treacherous and follows the routine of disgraced ex-general Ihejirika who likewise allowed periods of peace after onslaught on the terrorists to allow them recover and recuperate; while in his hatred for the communities in Nigeria’s north, deliberately allowing he terrorists periods to replenish their arms and ammunitions and to forcibly recruit and train thousands of abducted and forcefully conscripted innocent northern children who will again be sacrificed and killed in the next battle with the Nigerian military when war resumes. This fight and cease cycle maintained the genocide of northern youth in the tens of thousands.

Nigerians demand fire for fire. We reject any attempt at ceasefire with the terrorists. We decree that the war with Boko Haram continues every day as we declare Boko Haram our mortal, eternal enemies to fight till either of us cease to exist.

What does President Jonathan plan to do with the $1 billion he borrowed to “fight Boko Haram” if he is negotiating with them now that we see #VictoryForNigeria in the horizon, and all we need is to continue the brave push by our men in uniform and brave Civilian-JTF? Is the $1 billion for the elections in 2015 as most have suggested?

Any negotiation short of full and unconditional surrender of all terrorists is treason and an act of terror participation and sponsorship by the army Chiefs and head of State.

There can be no ceasefire with Boko Haram.

We the Nigerian people reject any sort of negotiation with these terrorists who have freely caused us unquantifiable pain without mercy for the full 6 years of the Jonathan administration under Ihejirika and now under Maj. General Minimah.
Betting Tips on Whatsapp News Updates
Subscribe to Youtube
Related forums

Nigerians Play Dirty Politics, Can Do Anything To Get Elected – Abdulsalami