The beauty of living in a country where services work is that even in the most dire circumstance, help is just a phone call away.

Amazing footage from Rural Metro Fire Department in Phoenix, Arizona captured the moment a helicopter swept in to rescue two men who were trapped in their SUV on a flooded river bed.

The driver had tried to pass a creek bed that is usually clear but unknown to him, it was flooded following heavy rains the night before.

The men called the fire department when they became stuck in rushing, shallow water around 8am.

Emergency crews rushed in, some by helicopter, to pull the men from the SUV.

Two hours later at 10.15am, the two were safely extracted from their vehicle safe and sound without injuries.

More photos and a video of the rescue below... 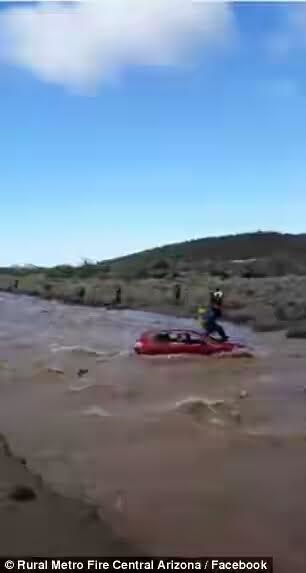 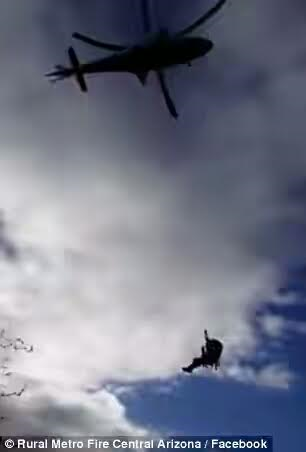 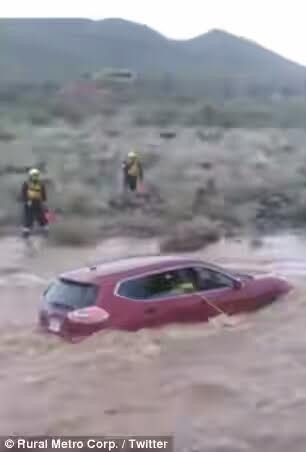