An Indian politician has attracted the fury of people in the poverty-stricken country by throwing an outrageously extravagant wedding for his daughter.

The lavish bash is said to have cost businessmen and ex-state minister Gali Janardhana Reddy an estimated 5bn rupees - which is equivalent to £59million or $74million.

Guests were invited to daughter Brahmani's wedding with gold-plated invitations, while Bollywood stars performed in a five-day extravaganza that critics have branded an 'obscene display of wealth'.

The wedding invitations arrived in a gold-plated box, containing a card setting out details of the affair, and with an LED screen fitted into the lid.

The video that plays on the screen shows Brahmani wearing a series of fancy gowns, while her fiancé Rajeev Reddy is flanked by five white horses. 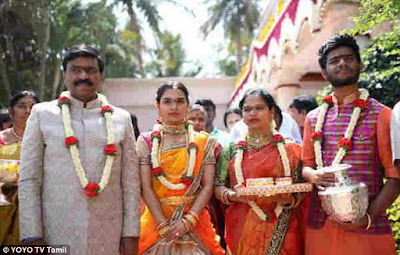 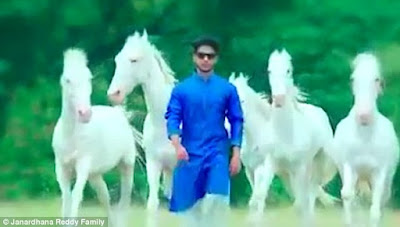 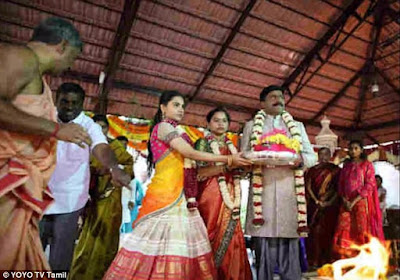