A 26-year-old woman married her mum's best friend Elaine Phillips, whose husband then found love with her mother.

Husband Gary Butterworth unbelievably gave his blessing to the union and was able to find happiness with Simone Manning, the mother of his ex-wife's new lover, Elizabeth.

Elizabeth Manning and Ms Philips, 38, had never previous been attracted to women but said their connection was 'electric' and they were 'blessed' to have found each other.

Elizabeth was thrilled when her mother got together with Ms Phillip's former husband and said it just felt right.

'Our family might be unconventional but we're so supportive of each other and we have so much love to share,' she told the Sunday People.

Mum Ms Manning, 43, cried tears of joy at her daughter and best friend's marriage, which she was a witness at last summer.

But the family's happiness was to be cruelly cut short when Mr Butterworth, 47, died unexpectedly of a massive stroke in February.

Bereaved Ms Manning is now being comforted by her daughter and Ms Phillips, who live close by in the town of Langley Mill, Derbyshire.

Mum-of-six Simone said: 'My whole world has collapsed. I couldn't breathe. I felt like I'd been hit by a sledgehammer. We only had a short time together but he was the love of my life.'

Elizabeth began her l£sb!an relationship three months after they first met and they were sat cuddling on a sofa while Ms Phillip's husband was in a different room.

Elizabeth said: 'We ended up kissing. It felt so right and for a few moments, I was on cloud nine.'

Elizabeth agonised over how to tell her mum she was gay and in love with her best friend, but eventually texted her the news. 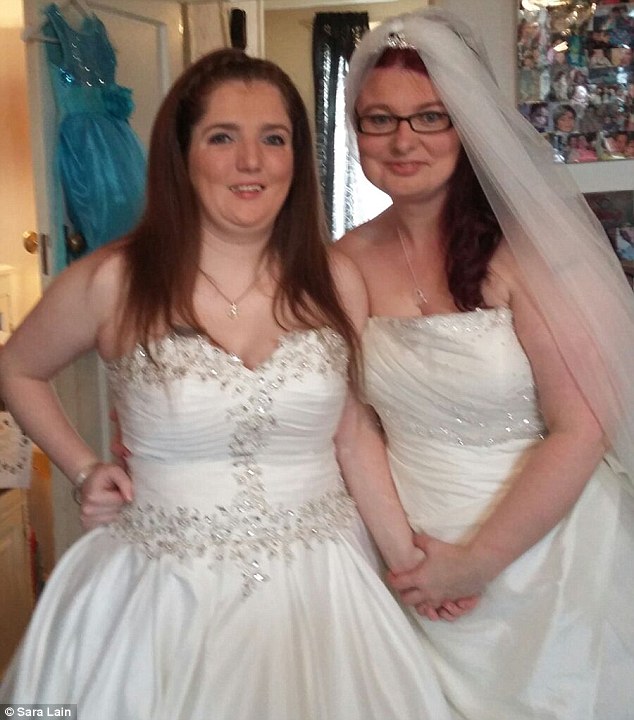 She had nothing to fear though and her mum replied she was proud of her daughter.

In fact Ms Manning was so supportive that she invited her best friend and daughter to live with her whiole they searched for a flat.

It was during this time, when Mr Butterworth came to visit, that there was a spark between him and Ms Manning.

Elizabeth now plans to conceive a child via a sperm donor and raise it with Ms Phillips.

'We're now trying for a baby and I know my mum will be the best gran ever.

She added: 'Having sex with another woman just felt so right and I realised I could never be truly satisfied by a man.'
Betting Tips on Whatsapp News Updates
Subscribe to Youtube
Related forums

‘Thank You For The Constant Love & Support’ – Nengi Tells Fans

#BBNaija: Check out some adorable photos of Tega with her husband and son

"I'm Not Begging You To Love Me, God's Love Is Enough" - Rita Edochie Tells Follower Who Said He Is Back To 'Loving' Her Again